Populations in the rich world are aging fast.  Some scholars have argued that this will create a ‘geriatric peace,’ as the traditional great powers will no longer have the financial resources or manpower to contemplate large-scale wars.  Others have argued that population aging will particularly benefit the United States.  Because of immigration, it is claimed, the U.S. will enjoy a younger and faster growing population than either its fellow rich nations, or its main challenger, China.  As Europe and China both age rapidly, the younger U.S. will enjoy a further period of relative world dominance.

I think it is wise to be skeptical of both propositions.  In regard to the geriatric peace, it does seem likely that rich nations will be less inclined to invest in their military capacity.  But this is a problem for the U.S., as it is America’s main alliance partners – Europe in NATO, and Japan and S. Korea in the Far East – that will be reducing their military spending.  This will be a problem, rather than benefit, for the U.S. if America continues to face its main military challenges from disorders in young and populous developing nations (e.g. Iraq, Afghanistan, Yemen, Libya, and Somalia).  ‘Boots on the ground’ will be harder to come by from America’s traditional allies in the future.

In addition, it should not be presumed that the U.S advantage in youth and population growth relative to Europe or China will be maintained.  Fertility among US-born Americans is only slightly higher than in Europe; and that advantage has been fueled by immigrants (mainly Hispanic).  Recently, teenage birth rates in America have fallen to an all-time low; this usually implies a long-term decline in fertility as youngsters are deferring child-bearing. Immigration also has been the main source of America’s relatively rapid population growth.   Yet according to a recent PEW research report, net migration to America from Mexico has fallen to zero since the onset of the recession.  In addition, fertility in Mexico is falling fast, and is now lower than that of Hispanics in America.  In coming decades it is likely both that the stream of migration from Latin America, and the fertility of immigrants and their descendants, will fall rapidly, sharply reducing the growth advantage of America.

Finally, it should be noted that America has two further aging challenges that are greater than that of Europe.  First, because the U.S. had a larger baby boom than Europe, it faces a much larger absolute gain in the percentage of elderly.  Where Europe faces an increase of 50% in its over-60 population by 2050, the U.S. faces an increase of 100%.  Europe will suffer from a decline in its under-60 population while the U.S. will retain some growth; hence Europe is more concerned about having enough workers to cover pension funding.  Yet the second factor is crucial – the United States spends a much larger portion of its GDP on health care, and those costs have been rising fast, relative to those in Europe.  As America experiences a huge surge in its elderly population, the difficulties of keeping a lid on health costs will increase; without a major reform, the costs of health care of the elderly in the US will pose as great or greater a limitation on state spending on defense as is found in Europe.  Just one example – the number of those aged over 80 will skyrocket in the U.S. and a significant portion of those (perhaps one-fifth) are likely to suffer from Alzheimer’s or other forms of dementia, requiring expensive nursing care.  The Alzheimer’s foundation estimated that his care alone could cost $1 trillion per year by 2050 if measures are not found to reduce the incidence or cost of Alzheimer’s in the senior population.

These considerations make clear that the U.S. cannot simply be smug about aging and presume it hands security advantages to America.  The number of those that will be 60 or older (perhaps 25% of the population and 33% of all adults by 2030) will be so large, absolutely and proportionately, that they will need to be viewed as a resource, not just an economically inactive and/or dependent group.

There are several ways to respond to America’s and the rich world’s aging in ways to enhance economic and military potential.

First, American should seek to broaden and intensify its military alliances with younger and more populous democratic states – India, Brazil, Mexico, Indonesia, as well as the existing NATO link to Turkey.  These “TIMBI” states all have growing labor forces and populations and will be capable of providing ‘boots on the ground’ for operations in other still younger and fast-growing states where military operations are likely to arise.   Whether through an expansion of NATO into a DATO alliance (Democratic alliance and treaty organization) that is committed to provide manpower to pro-democracy military actions, or through separate but parallel organizations, the U.S. needs to have close working partnerships with countries who will fill in the gaps left by the decline in military and fiscal resources of its traditional European and Far East allies.

Second, the use of healthy seniors in the civilian labor force must be encouraged and facilitated, through phased retirement and later full retirement ages.  This will reduce the dependency burden of resourcing retirement and health care for workers outside of the labor force, freeing government resources to sustain military spending where needed.

Third, the skills and experience of seniors should be valued and put to use.  Seniors, not just youngsters, should be preferred recruits for the Peace Corps, as the managerial and technical skills of senior Americans will be in great demand and of substantial value in helping developing countries train their own professional, technical, educational, legal, and managerial ranks.  America risks losing a huge repository of skills and experience when the baby boomers retire; some of this should be retained in the workplace in the US, but some should also be deployed on behalf of the US abroad.  Just as the Peace Corps built bridges and informal support for the U.S. around the world for an earlier generation, the same could be done through drawing on U.S. senior workers for a new wave of U.S. support for development initiatives. 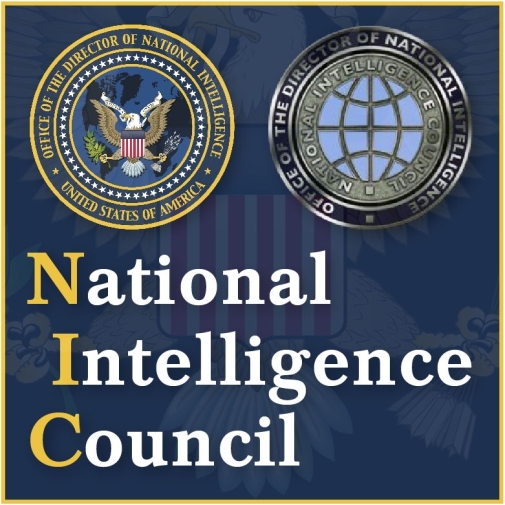 We look forward to your insightful thoughts and discussions on themes around the upcoming Global Trends 2030 Report (To be published later this year).

We can also be found on Twitter for further #GT2030 discussions @ODNI_NIC.